1,100 Australian aged care homes are locked down due to COVID. What have we learnt from deaths in care? 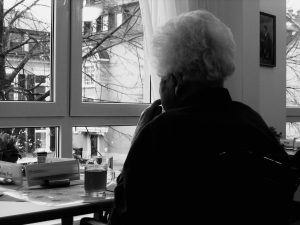 Australia’s aged care homes are being devastated by the current wave of COVID infections, with more than 1,100 outbreaks affecting over 7,000 residents and staff. Fear of outbreaks has prompted other homes to lock down and their residents are suffering the serious physical and psychological effects of isolation and, sometimes, inadequate care, due to major staff shortages.

Government responses to last May’s Aged Care Royal Commission’s recommendations have only begun to scratch the surface of longstanding problems in the aged care sector. Major workforce issues remain and responses of aged care providers to the threat of COVID in their facilities are highly variable.

Government decisions about broader community public health can have significant and damaging impacts on the health and well-being of aged care residents and staff.

Early in the COVID pandemic it became clear that residents of aged care homes were at high risk of serious illness and death. During 2020, Australia had a relatively low rate of COVID deaths at 3.6 per 100,000 population. However, three quarters of all deaths (685 of 910) were aged care residents, at a rate of around 309 per 100,000 residents.

Infections and deaths are not the whole story. Independent reviews of COVID outbreaks in aged care identified other serious adverse effects of lockdowns.

Residents were confined to their rooms and visitors excluded. Family members were often unable to communicate with loved ones for weeks. Staff who were infected or close contacts were replaced by “surge” workers, many of whom had no experience in aged care or infection control. Many residents became depressed, confused, or deconditioned from lack of exercise.

In some homes, remaining staff were overwhelmed by excessive workloads and could not provide adequate care. Some were abused by angry relatives or vilified by the media.

A special report into COVID by the Aged Care Royal Commission, in September 2020, concluded

The COVID-19 pandemic has been the greatest challenge Australia’s aged care sector has faced […] Thousands of residents […] have endured months of isolation which has had a terrible effect on their physical, mental and emotional wellbeing.

The reviews identified leadership and communication failures, shortages of properly trained staff and poor infection control as major problems – but there was wide variation between homes.

Support from commonwealth and state government agencies was essential during outbreaks – for public health and infection control advice, laboratory testing and staff replacements. But many homes were let down by poor communication and coordination, inadequate planning and preparation and contradictory advice.

Although the special report into what went wrong in aged care during 2020 was damning, conditions have only changed marginally.

Not much has changed

In response to the Royal Commission’s recommendations, the federal government promised nearly $18 billion in additional funding over five years – a fraction of what was recommended, and most of it yet to be allocated.

Aged care homes must now employ a nurse with approved infection control training, but their responsibilities and ongoing support and training remain undefined. There have been no moves to improve pay, working conditions or training of aged care workers, whose numbers have fallen since 2020.

There is a plethora of advice from expert committees and government agencies but little information about how effectively or consistently it is being implemented. To date, about 90% of aged care residents and almost all aged care staff have received two vaccine doses but earlier delays in the vaccine rollout mean many are yet to receive boosters.

Despite improvements, the aged care sector is currently under extreme pressure. The number of homes with COVID outbreaks more than doubled between January 7 and 14.

There have been relatively few deaths, so far, but government assurances that Omicron is not significantly impacting residents’ health, contradicts reports from the frontline. Many facilities are in lockdown, whether or not there is an outbreak and staff shortages are critical.

The serious adverse effects of isolation and neglect are potentially as severe and more widespread than in 2020 and likely to contribute to premature deaths. Unlike cases and deaths from Omicron, they will not be documented as COVID-related but likely attributed to old age or other underlying conditions.

It is not clear whether political leaders who advocated lifting restrictions and “pushing through” the Omicron wave considered the human rights of aged care residents.

An urgent need for reform and future planning

Measures introduced to protect the community from Omicron have been widely criticised as too little, too late and easing of restrictions too premature. Aged-care residents and other vulnerable groups have been disproportionately affected by the massive surge in community transmission. They will be again, in future waves, unless their needs are considered through more nuanced, proactive strategies than either “let it rip” or lockout/lockdown.

There is an urgent need for the Royal Commission’s recommendations to be fully implemented as soon as possible and for aged care reform to be coordinated with reform of the whole care system: hospitals, aged, disability and primary care, and public health.

The Royal Commission highlighted longstanding deficiencies in the aged care sector, but they can’t be fixed during a crisis. Aged care providers need support to build resilience and ensure service continuity. This will require significant financial commitment from government.