Two APPRISE experts speak about a virus that is relatively new to Australia and can be particularly severe in young children.

First published in newsGP and reproduced with its permission. 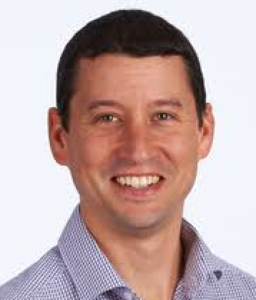 Dr Philip Britton wants to spread the word about parechovirus so that cases can be identified earlier.

It is little surprise if people don’t know much about parechovirus.

‘When we saw the initial outbreak in Sydney in 2013, the thinking was, is this something we’ve not previously recognised and are just seeing now, or is this new?’ he said.

‘It probably is new to Australia in that the specific parechovirus causing the outbreaks is a recombinant virus that’s linked up with an enterovirus or parechovirus we don’t know the source of, and that combination has produced this totally new virus.’

While new to Australia, parechovirus has already had a significant impact, occurring in two-yearly epidemics during spring and summer since its first emergence in 2013.

‘Australia has the distinction of larger outbreaks with more severe cases than other countries, possibly due to evolution of the virus,’ Dr Penny Burns, a GP with a special interest in epidemiology and disaster management, told newsGP.

With the last outbreak in 2017, resulting in over 200 severe cases being hospitalised, Australia is due for another one in September. And the Victorian Government recently released an alert about a novel parechovirus strain that has been identified in the state.

Dr Britton and Dr Burns address the key information GPs need to know about the disease. 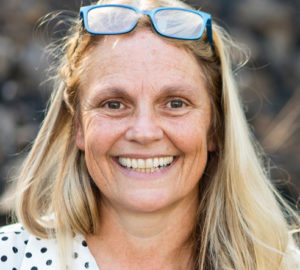 Dr Penny Burns wants GPs to know that parechovirus can be particularly severe in babies younger than three months of age.

It’s a relatively newly characterised virus with genotypes 1, 3 and 6 being more common in humans.

Parechovirus is a small RNA [ribonucleonic] virus. There are now a number of sub-groups, 16 or 17 types, and they’re essentially cousin viruses of the enterovirus group that cause hand foot and mouth disease, a very common illness in young children.

It can infect anyone of any age, however it is most likely to affect young children less than three years of age.

Studies have shown that the majority of children, 90%, have been infected by the virus by the age of two years. Children less than three months are more likely to develop severe disease.

Most infections cause no to minimal clinical symptoms, including diarrhoea or a respiratory infection, mild influenza-like illness. However, it can cause acute flaccid paralysis, surgical abdomen, seizures, sepsis and encephalitis.

Young infants may present with pyrexia of unknown origin [PUO] that may be accompanied by a diffuse erythematous rash. They can become unwell very quickly.

What should GPs most be aware of in terms of this disease?

This family of viruses, as a whole, usually cause a cold-like or a gastro-intestinal illness, usually in young children under the age of two, but it can also be found in older children or adults. In most of those cases, it doesn’t cause severe illness, so there isn’t really a great need to consider testing for parechovirus amongst those mild infections in the community.

But it is worth being aware that some of those mild infections in toddlers, older children and adults could be parechovirus type 3 and could infect very young children. So we’re keen to emphasise that amongst families with young babies, in those first three to six months of life, infection control, handwashing, and being careful about infection transmission in the home is really important.

It’s also important to be aware that this virus can make children look like they’ve got bacterial sepsis when they’re very young. It doesn’t mean GPs shouldn’t treat those children as very sick and refer them or consider giving them antibiotics, but they should also consider parechovirus in a differential diagnosis and seek testing, where possible.

Parechovirus can be isolated from respiratory, stool, urine, serum and CSF [cerebrospinal fluid] samples with stool testing being the most effective. Testing is currently most useful for unwell hospitalised children under six months of age with PUO.

There is no specific antiviral treatment for parechovirus, and it can result in longer-term neurodevelopmental impairment in those who develop meningoencephalitis, so follow up with a paediatrician is important.

Why do parechovirus outbreaks occur in a two-year cycle?

The reason why is not totally resolved, but one of the theories is that, because we haven’t got population-level immunity in older adults yet, we’re regularly growing up a birth cohort that are unprotected every couple of years, so you have an outbreak and that whole cohort gets infected.

Young children get sick, then older children, but then the outbreak burns out, because you’ve got a whole cohort that has been infected, and it gets maintained at a low level, but in adults or older children.

Then, after a couple years, the population has built up enough children of a young age that you can develop an outbreak again. That’s the commonest theory for these kind of intermittent or periodic outbreaks.

What is being done to improve our understanding and treatment of parechovirus?

The APPRISE Centre of Research Excellence, which is an NHMRC-funded [National Health and Medical Research Council] national collaboration of researchers I am working with, is developing a database to collect the information on infected children at a national level. So we’re collecting data from children over the past three epidemics and are now in a position to be able to collect information in a more rapid way on the next outbreak.

It’s that combination of clinical and public health research with virological research that, we hope, is going to provide the information to look at what can we do in terms of better testing as well as considering things like vaccination or treatments.

Obviously, there’s many more necessary steps in research, but that basic national scaffold allows us to inform those next steps.

GPs also play a role in surveillance for diseases in the community and for epidemics such as parechovirus that have more predictable cycles.

It is important for GPs to maintain a level of awareness of this condition and refer suspected cases to hospital early.

Do we know whether parechovirus will become entrenched in Australia?

One theory is that this virus could evolve to become more severe until we see more children who are infected getting unwell.

Alternatively, if we have these rounds of infection in the population and we get a high level of population immunity, it’s possible these epidemics will attenuate over time. We don’t know the answer, only the ongoing surveillance will support that.

In terms of the size of the epidemics, in the first couple, we captured the severe end, those children hospitalised. More recently, we’ve been trying to get a bigger handle on how big these epidemics are, and certainly we’re talking in the scale of hundreds of children admitted across the country.

So it’s not a flu epidemic every year, but when it occurs, it is putting a lot of pressure on paediatric intensive care units.

So we’re already at the point that we need to put surveillance in place to identify epidemics, and we are suggesting to public health authorities that alerts should be released when these epidemics occur in the future.

I think parechovirus is something paediatricians have increasingly become aware of; we now want to extend that scope to emergency department physicians and GPs.