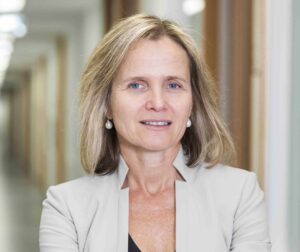 Presented at the GVN Special Annual Meeting on September 22, Professor Lewin was selected for her outstanding clinical virology research and clinical trials, her leadership in Australian medical science as Director of the Doherty Institute, and her leadership in the GVN.

Professor Lewin has an international reputation in the field of HIV latency and eradication and immune reconstitution and HIV-hepatitis B virus co-infection.

In 2020 she has worked tirelessly at the helm of the Doherty Institute which has been at the forefront of Australia’s response to the COVID-19 pandemic.

Professor Lewin said it was an incredible honour to be presented with the Robert Gallo Award.

“The GVN is among other things, dedicated to identifying, research, combatting and preventing current and emerging pandemic viruses, it’s reason for being has never been so relevant. It’s a privilege to receive the Robert Gallo Award, and to be so closely linked as a GVN Center of Excellence Director,” Professor Lewin said.

The Doherty Institute is one of 57 GVN global Centers of Excellence, which Professor Lewin co-leads with Professor Damian Purcell and Professor Peter Revill.

The award is named after GVN Co-Founder and International Scientific Advisor, Professor Robert Gallo, who is most widely known for his co-discovery of HIV as the cause of AIDS and the development of the HIV blood test.

“Sharon Lewin is an international leader in clinical research,” said Professor Robert C. Gallo, co-founder of GVN and the current Director of the Institute of Human Virology at the University of Maryland School of Medicine.

“Additionally, she has been, and will continue to be, a medical science thought leader for the field of clinical virology and a powerful presence in Australia and globally as a scientific leader of the Doherty Institute, quickly establishing this GVN Center as one of excellence. I know all in the GVN are very happy and proud to honour her.”

“Indeed, this recognises her major scientific achievements and her full commitment to both the fight against HIV and support for the Global Virus Network.”